Bonnie Sofia shared what it was like to model for the 2017 Cannes Film Festival. Here’s the inside scoop!

1) How does modeling in France different from your runway experience in New York?

In France the designers took a lot more risks on the runway. They were less likely to shy away from nudity. I have some runway pictures from France that I can’t even post on social media. I never had this problem with my runway pictures from New York. Another difference I noticed is that France is more tolerant of diverse looks when it comes to models. Even though the height requirement is still strict, there is a much higher tolerance for models who are different from the “cookie cutter” look.

2) What was the craziest thing that happened behind the scenes at the Cannes Film Festival?

I consider myself a very low drama and down to earth model, but I guess even I have my limits. During this particular show, there was an organizational mistake. Usually models are not allowed to book designers who are showing their collections one after another. However, this time they did not clarify, so all the models booked back-to-back designers.

Since I hadn’t come back from the runway yet, one of the organizers told my next designer to give the dress I was supposed to wear to a different model. It did kind of break my heart because the dress was an absolutely stunning creation from German designer Luciana Adulari. I was excited about being able to wear it on the runway and have pictures in it. So when I saw another model sewed into my dress, I couldn’t hold back the tears! Someone from the hair team got me a glass of champagne while 2 other hair stylists told me jokes to cheer me up.

3) How would you describe the atmosphere? Did you like any of the fashions or designers ?

The atmosphere of the show was incredible. It was definitely one of the best that I had ever been to. Designer Andres Aquino is a perfectionist and his shows are always flawless. One of the things I liked most about the show was its diversity. There was a wedding dress collection by Hany ElBehairy, as well as a lingerie collection by Duonvlang. One of my favorite designers at the show was Kelsy Dominick from DiDomenico Design. It was inspirational talking to her and walking for her, because she is just full of enthusiasm and motivation. She is an example of how far you can go in a short amount of time.

4) Did you experience a language barrier while modeling at the Cannes Film Festival? If so, how did you manage?

Fortunately, there was not too much of a language barrier. Since most of the designers and models were international, the lingua franca was English backstage. There were a few French models who didn’t speak English, but I have enough French to get my thoughts across at least. [But even for the non-French speaking models, it was not a problem at all, because the designers and organizers spoke English. ]

5) Did you meet anyone interesting at the Cannes Film Festival?

One of the most interesting people I met was Lionel Madiou, the photographer for the DiDomenico Design team. He is absolutely phenomenal. I’ve shot with him twice since Cannes and each time I was just blown away by the results.

6) What was the most challenging part of your experience?

For me, the most challenging part of any runway show is surviving the castings. I’m considered short for a model (5’8”), so I’m not always a top pick for designers with floor length gowns who need to ensure they are not going to be tripped on by the model. Kelsy of DiDomenico Design was the first of three designers who selected me. As soon as she did, I breathed a sigh of relief. I’m also thankful to my boyfriend, who was nice enough to let himself be dragged to this casting with me. He kept telling me not to stress. I think it doesn’t matter how long I have been modeling, castings will always be stressful.

7) What was it like after the show? How did you feel? Did you go to any after parties?

One of my favorite parts of a show is after it is over. Haha. This may sound strange, but this is a very special moment where everyone–designers, organizers, and models–collectively breathe a sigh of relief, pour themselves a whiskey, and bask in their accomplishments. The atmosphere after the show was unusual because there was an after party at the venue itself. So the runway turned into a dance floor! The guests, models, and designers all mingled and danced together. It is one of my favorite memories. 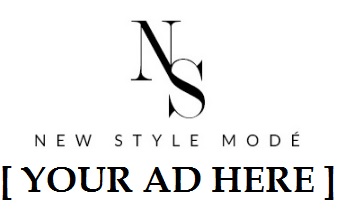